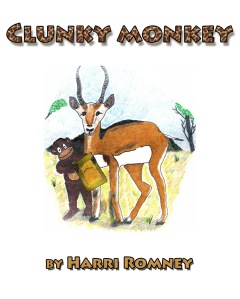 From a young age

I’d always had an ambition to write a book since I was around seven years old, which never seemed to fade. Even when I went through university years later, the ambition was in the forefront of my mind. I was told that I was like Peter Pan, refusing to grow up while remaining excited about the same things that children are enthusiastic about (and I still do). Sadly a few years ago my brother-in-law suddenly passed away (he was fairly young), so it was at that point that I decided I was going to achieve personal goals, which included writing that book.

After finishing my first story, I remember feeling emotional – a real sense of achievement (eureka moment), purely because of the little manuscript I’d created. Afterwards my head was buzzing with so many more ideas or quirky titles, that it was interfering with my sleeping, driving, studying and life generally; I had to start keeping a notepad nearby at all times.

First story and a series

That first story became part of the series Winston and Fairy’s Adventures, which has been dedicated especially to my brother-in-law. For this reason, when the first paperback from this series Winston and Fairy: A New Sleigh for Santa is published in 2012, some of the proceeds will go towards supporting the National Ankylosing Spondylitis Society which researches the condition that he tragically died from.

Working with kids and being a mom

I don’t research stories before I write them; studying childcare, working with children (and being a mother) has partly helped me to understanding children’s likes, dislikes, or their thought processes and capabilities. However it’s the experiences that children and I share a love of in life such as celebrations, fairy tales, mythical characters, snowy scenery and nature and so on, that inspire me to write. 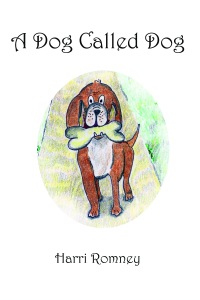 It just happens too, that I adore narrative verse, so I choose to write most of my stories in this format.  Additionally, I’ve read countless picture books to my own children every day, since they were both only weeks old (because I read articles which informed parents and educators that it was beneficial to do so), so perhaps picture books are the genre that I’ve been the most exposed to, besides academic literature.

After sending off quite a few manuscripts to agents (and receiving just as many rejections back), I decided to publish my stories on Kindle instead – I would start with Lord Tarquinius Snout’s Adventures, then Winston and Fairy’s Never Ending Winter, and Fireworks and Aliens next, but I needed to get the illustrations done first. And I’d not drawn anything since my college days, 20 years prior.

Why not illustrate it myself? 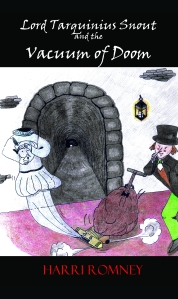 After joining Goodreads, Amazon Author Central, Twitter and then some networking sites on Facebook, I had an unpleasant experience with one illustrator who tried to hard sell me his work after I’d complimented him on it. Anyway, following this incident, I decided that if I was ever going to get my work published, I’d need to have a go at illustrating myself … I’m glad I did. Examples of my work can be found on this gallery link.

Being a technophobe, I prefer to use good old pencils and paint pens rather than Wacom technology. My husband then enhances colours and removes smudging using a computer, before publishing the pictures.

However, in conclusion, my personal experience (as a published author), has been that picture books which are only available on Kindle or iPad, don’t seem that popular among parents yet (I’ll be the first to admit that I’d not let my children free with these gadgets either). I believe that for this reason and other reasons, paperback or hardback books remain the preferred presentation for picture books; which is why earlier this year, I decided to publish my stories in paperback instead, using a micropublisher and the print on demand facility.

Clunky Monkey, A Dog Called Dog, and more recently Lord Tarquinius Snout and the Vacuum of Doom are now available to purchase online in paperback through Amazon, Barnes & Noble, or Waterstones.

Details regarding publications can also be found on Harri’s website. Be sure to check out Harri’s gallery of illustrations here. Connect with Harri on Twitter.

Click on the link for more information on the U.K.’s National Ankylosing Spondylitis Society.