An Expected Journey, by Dorothy Dreyer 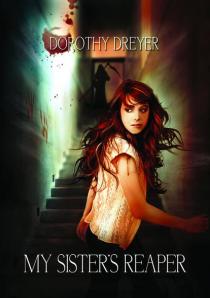 This year in May, my dream of becoming a published author will come true. But this isn’t something unexpected. This is something I strove to accomplish. Something I wanted so much that I never gave up on it. A goal I kept running toward no matter what obstacles got in my way.

It wasn’t easy, though. My debut novel is actually the fourth book I wrote. The first three didn’t quite make the cut in the eyes of the agency gods. Or was it I who didn’t make the cut? The early, naïve, amateur version of me? Probably.

But the point is: I never gave up. I wiped away years of tears, swallowed rejection after rejection, and tried to get my breath back after those close calls didn’t pan out. And I just kept on writing. And learning and growing and learning some more. Because that’s what writers do.

And all the while I had one goal set: the peak of the mountain. I climbed my way toward it despite the rocks crumbling over my head and the slipping of my feet. I knew I could only get to where I wanted to go if I didn’t stop. Because if I stopped, I’d just let myself slip back down the mountain, perhaps occasionally looking up and wondering if I would have ever made it to the top or not. But I didn’t stop. I expected to reach my goal, somehow. And I kept going.

This journey was not unexpected. The twists and turns and ups and downs, perhaps. The ‘when’ of it was always a question, of course. But the journey itself was absolutely expected. And I’m almost there.

Dorothy Dreyer is a Philippine-born American living in Germany with her husband and two teens. She writes young adult books that usually have an element of magic or the supernatural. Aside from reading, she likes movies, chocolate, take-out, traveling, and having fun with friends and family. She tends to sing sometimes, too, so keep her away from your Karaoke bars.

19 responses to “An Expected Journey, by Dorothy Dreyer”